Knowing our subject when it comes to a debate

HomeFrom the BlogKnowing our subject when it comes to a debate 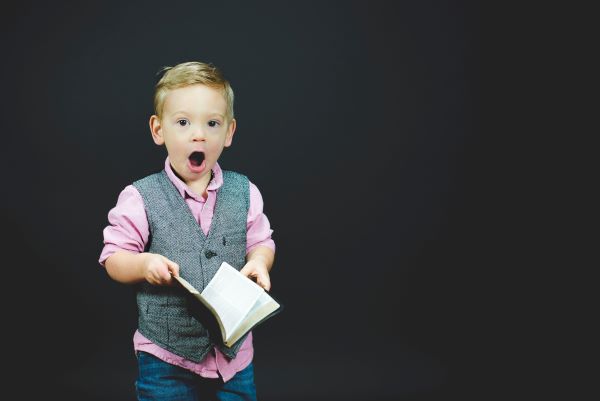 Knowing our subject when it comes to a debate

In this brief presentation I will be citing an extract from my book “The Art of Winning an Argument in a Self-respectful Manner”. It refers to the necessity of having a fairly good grasp of the subject we intend to discuss. It is the second out of four presentations. The relation with the Four-facets approach introduced as an overall consulting method is obvious.

“There can be no debate that claims some sort of validity, in which the involved parts are arrantly ignorant of the disputed subject. Knowing the basics of the discussed matter is not just imperative; is a sine qua non condition. The critical question is not as to whether one should be knowledgeable, but rather “what is the level, the degree of knowledge over a specific subject that would allow someone to get involved in a debate”?

The answer is rather expected: there is no predetermined, predefined level that discerns between safe and brittle engagement. As it is already pointed out, in essence one person confronts the other. It’s not about measuring levels of knowledge. There are ways and tricks to neutralize even a thorough connoisseur, be it an academician or not, if she is not prepared for that type of warfare. However, engaging in such an endeavor solely to cover our profound knowledge deficit is not only low and sorrowful, but most of all contradicts the fundamental purpose of learning and, thus, constantly improving our dynamic. There is one principle, though, that can be stated in advance and which applies in every occasion: if our interlocutor knows more about us on a certain cognitive field and she is well-intentioned towards us, then we should not hesitate to learn from her.

One crucial detail affiliated with the subject-oriented strategy is the grading of the argument’s weight. Even when a discussion is conducted with the best intentions, a strategic plan is always required. For, even the most positively and gallantly predisposed speaker silently wants from us to present our case in a manner that honors our personality and reflects our ability to protect our dignity. In this context there is a double benefit springing from escalating according to the requirements of the debate. More specifically, in a conversation that has just begun it is to our interest to proceed by bringing forth the less strong of our arguments. That, of course, doesn’t mean that we should deploy the weakest and easily confuted arguments, because that way we will bleed in credibility and status. And it’s well-known how defining the first impression is.

To put it plainly, the hierarchy pertains to those arguments that we would gladly and without doubts use. However, although each of us has a grasp of what grading premises according to their validity strength entails, not everybody is supplied with the tantamount experience, nor is he accustomed to pay the proper to his instinct attention, in order to accomplish a result-giving grading. That means not only evaluating the potential and dynamics of an argument, but also to be able to perceive the counter reaction incited. It’s a failure to the applied strategy believing that an argument saved for later, as a four-star reserve battalion can’t easily be deconstructed by the opposite side.

That is why this facet is inextricably entwined with the other one that refers to the knowledge of one’s own self. There aren’t many ways of sharpening the capacity to effectively evaluate an argument other than participating in numerous debates, or simulating numerous debates. Before analyzing the latter premise, it must be stated that no simulation can provide with the experience and the knowledge actual interaction offers. However, practice is more than valuable; is priceless.

By the term simulation is connoted the following simple process: mentally running repeatedly the debates that are to our interests. Getting to ameliorate one’s debating skills it demands time. Time to dedicate in thinking, brooding and pondering over the scenarios that may occur in an actual situation. However, the thing about a simulation of that genre is that since it is performed by our self and it involves us, it is rather anticipated that we would tend either to be lenient to the opposing arguments, or to rest on our laurels, when we have managed to come up with a strong thesis.

After all, it’s not mere arguments that are juxtaposed, but characters, personalities. Arguments can be invented during the debate. The stamina and readiness to deal with the war conducted on a mental and psychological level cannot just pop up during the argumentation process, hadn’t it been already embedded through repetition and continuous upgrading. One does not have the luxury of feeling good about himself, for it’s only a matter of time before stubbing on someone who would make sure that too much self-ascertainment is detrimental.

One radical, yet effective way of getting familiarized with personal attacks is by exercising hypothetical scenarios where the debater is dealing with us or our arguments in a sarcastic manner, or in a loud and rude fashion. This way we gradually become a bit more thick-skinned, when it comes to attacks in public and open conversations, where a belligerent person is aiming at getting us off track. If we succeed in holding the first hit by keeping our equanimity and if we resist the enchanting temptation to burst out (declaring that the accusation is not valid and that we deep inside we are so special), then we have made a major step in reversing the tide. No matter how good and experienced the opponent is. We use anger as an inexhaustible resource to feed our pacing.

Still, we have to curb the impact of that pattern of practice, otherwise it may turn against us – thus cancelling its initial purpose -, goading us to assume an openly defensive and fraught with suspiciousness stance towards ours co-speakers and people in general.

Furthermore, we should try to depict a situation where the pressure comes from more than one side: from our main interlocutor, potentially from a secondary one that is in league with the main one, and even from a negatively predisposed audience. Thus, we would prepare ourselves in a basic level for the pressure we may encounter in an actual situation and thus avoiding a humiliating collapse or outburst (although one never is fully prepared for what it’s coming in real life, since the variations are innumerable and far exceed our capacity to run all possible scenarios that may occur).

Practice can systematize our way of perceiving and exchanging opinions. What at the beginning may be a rather diffused and blurred procedure, fraught with emotional vagueness gradually assumes a more discernible and standardized form. Eventually, one gets to recognize the parts of an argument, the predicate, the subject, the axioms, the general accepted convictions, etc. However, one must not succumb to the gravitational force of habit and the limitation of perception.

In any case, there is a resounding difference between remembering points and regurgitating the points we are introducing. The former involves a creative and active understanding of the overall matter. The latter only makes us sound knowledgeable, however at the first turn of the debate into uncharted for us waters it would signal the limits of our capacity to fathom what is transpiring all around us and soon we would be unable to carry our point through”.