Knowing our environment when it comes to a debate

HomeClassic BlogKnowing our environment when it comes to a debate 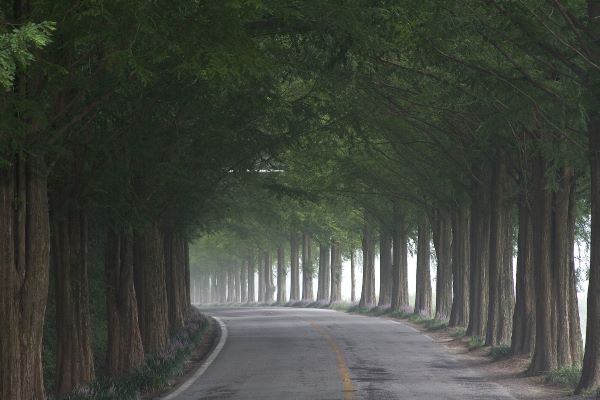 Knowing our environment when it comes to a debate

In this brief presentation I will be citing an extract from my book “The Art of Winning an Argument in a Self-respectful Manner”. It refers to the various ways we may assess our environment, the context in which a discussion, a debate, a change of opinions in general takes place. It is the first out of four presentations that will follow. The other three pertain to the evaluation of our subject, our opponent and our self. The relation with the Four-facets approach introduced as an overall consulting method is obvious.

“A person who is aware of the object of dispute and abides by the basic rules of respectful debate can perform in any environment (as long as physical force is not a prerequisite, the person is focused and the climatological conditions are within the range of tolerable for preserving the homeostasis of the human body). However, that applies, more or less, in theoretical level. In reality, knowing what you are talking about and demonstrating the fundamental dexterities of social interaction is not at all a guarantee for a fruitful conversation. The context, the framework, in which the debate takes place is an influential factor to be reckoned with.

The concept ‘environment’ includes not only the actual place, the locus, but also the form and quality of the interpersonal interaction. The latter entails the traditional face-to-face communication, the via technological means interaction. The last case relates, of course, to the famous – and likewise infamous – scenario of the communication via the web, with or without the use of nicknames.

Debating in front of an audience

As far as the face-to-face interaction is concerned, the degree of a balanced dispute is depended on the people surrounding us. If the whole debate is occurring in front and for the eyes of an audience (of whatever size and type), then the moderator constitutes a minimum safety key who insures that the discussants won’t turn the whole procedure into a demagogic circus, appealing to the most primitive facets of the audience’s instincts. In general, applies the rule that if the discussion is moderated by a journalist running a show based and focused on achieving as higher rates as possible, then the journalist most probably will gain more out the inflammation and derailment of the debate than preserving a civilized and calm atmosphere. A sentiment-centered interaction is what the mass media broadcasts are aiming at, as opposed to an information-based debate.

The transformation of a potential dialogue to a raging ruffle is actually not a difficult task to achieve. One or more guests already nurtured with the arena mentality, utilizing with avid zealous the contrivances as listed and numbered by Arthur Schopenhauer and a journalist who would isolate, underline and repeat words of each debater (or, likewise, a journalist who would interrupt the unraveling of an argument with the pretext of the shortage of time), pushing cunningly towards points of friction are the elements that can guarantee a spectacular crash. Thus, as a rule, is better to avoid that kind of embroilment, unless one is dedicated to go all the way with any undignified means necessary. The journalists – at least those who are good at what they’re doing – are quite apt at subtly degrading even the most accurate enunciation and phrasing, in order to implicate in the fray even the most aloof and moderate speaker.

Nonetheless, one can still participate in every type of charade without the aftermath feeling of hitting bottom low, as long as he is ready to dynamically confront both the moderator and   the opponent. And that leads to the main core of a dynamic approach, which may vary according to the combination of the participants’ role and agenda.

Let’s have a close look at the permutation where one has to deal with a conglomeration of opponents who, in ensemble or successively, are committed in neutralizing our capacity to prop up our position and even phrasing a coherent argument.

Being cornered by many is not a reason to back down. Unless if this is our choice and not a foisted egress. A common way in which a coalition works, is with the main speaker phrasing an argument of whatever dialectic value and then turning in swagger to meet the approving and bolstering glances of his fellow comrades. Perhaps, garnished with some direct interference and nerve-breaking remarks on their behalf.

If one gets aggravated at that exact point he had automatically conceded to their rules of conduct. After that, there are different paths one may take, not necessarily mutually contradicting.

Debating in the web

The communication via web can become quite disorienting, fragmented and scornful, and, in many occasions, appears to be an interaction barrier. Nevertheless, by itself it’s not a sufficient obstacle to irreversibly thwart the deployment of an adequately constructive argumentation. More than a lot depends on the will and predisposition of the parts involved.

Providing a platform where anyone can contend whatever he feels like in anonymity harbors – as many have already pointed out – an ideal environment for every issue and distorted cluster of ideas to come out and claim publicity. Trying to communicate in a context where anyone can savor the unique advantage of swearing, mocking, vilifying, affronting, diminishing at will, without apparent repercussions (unless, of course, if one gets to insult a hacker and the latter trace the user’s electronic imprint, or in case of a crime), is a task whose size out-dwarfs the potential benefits. The reminder in this variable of interaction is that internet is another means of communicating ideas (the most influential for the time being, undeniably), not a purpose itself.

If the main purpose is to argue over an idea, trying to advocate in its favor, it would be better to abstain from a context where arena conditions are simulated; or superseded, for all that matters. There are, even in a place of anonymity conversations based on mutual respect, where rules have been set and followed (even with occasional aberrations and minor violations). Thus, in case our main incentive is simply to test our self under extreme conditions, a handful of clarifications can always come handy.

Getting a sessional troll, or of a low capacity fanatic (of whatever ideology and creed) to rant in rampant aggravation is not a notable achievement. Neither merely stating our argument in a sea of similar posts. If practice and testing our limits is the priority, then the actual challenge is not to become one of the numerous trolls mucking around in the web streets, but to convert a troll to a temporal conversationalist, instead. A tenuous attempt, indeed, with no guarantee of success. But that’s what a challenge is all about.

Each person, no matter how incomprehensible, simpleton, recondite, provocative, aggressive might be, there’s always a certain code, to which he responds. A concatenation or combination of words, an emotion. When face-to-face, is always easier to find that code, which could as well be a certain kind of glance. When one doesn’t have the luxury of confronting his debater, he can only rely on the next best thing. Trying to distinguish a pattern of behavior to get an image of the character and personality hidden behind half sentences, abbreviations, slang, occasional gibberish, it’s hard, yet it would assist with testing our anger limits and gradually find the way to harness anger and use its raw power at honing our attention reflexes and our edging tip of sarcasm, for the cases it would be required.

There is a delicate (and to many an imperceptible) line separating the remark, which alludes and pertains to acknowledgment and the corresponding one, which oozes out an effort to affiliate the other side. No fervent enthusiasm is required, no trenchant suggestions or exhortations. The more familiarized we are with a certain dialect and its specific connotations and significations, the easier it is to get in the discussion and allure the participant to response. The challenge, of course, when we don’t make use of that language, or we are not part of a group is to inveigle a person into meriting our remark with a genuine response”.